How to Suffer… In 10 Easy Steps

“You gotta be joking – a book on How to Suffer – I do that without any book”.

Exactly! We all suffer, and yet rarely do we address the issue directly. Its the one thing everyone does and yet is rarely talked about. We talk about the external situation: events and peoples and conditions that create suffering, but hardly ever talk about the internal: the state of suffering itself. Bringing suffering out of the closet and into the light is what this book is all about. And believe it or not, we’re going to have some fun doing it. It turns out practically all humor has suffering lurking about.

What the BLEEP: Discovering the Endless Possibilities for Altering Your Everyday Reality

A companion book to the film, this book takes the concepts introduced in What the BLEEP and goes deeper into the ideas, thoughts, experiments and inspirations behind them. With additional material gleaned from the over 120 hours of interviews this book takes the reader on a journey into new vistas of mind and spirit. Available in Paperback and beautiful 4-color Hardback.

The (not so) Little Book of Surprises

The (not so) Little Book of Surprises is a verbal and graphic trip to the unexpected, whimsical, and wise worlds of writer and poet Deirdre Hade and her husband and graphic visionary Will Arntz. With images provided by award winning photographer Endre Balogh. These images will inspire you, make you laugh and make you think. The prose and poetry will raise your awareness to the level that great art does when truly enjoyed. You will constantly be surprised and perhaps conclude that this is not such a little book after all. An ideal gift for those on your list who have everything or nothing at all.

What the Bleep do we Know?

Amanda (Marlee Maitlin) is a divorced woman who makes a living as a photographer. During the Fall of the year Amanda begins to see the world in new and different ways when she begins to question her role in life, her relationships with her career and men and what it all means. As the layers to her everyday experiences fall away insertions in the story with scientists, and philosophers and religious leaders impart information directly to an off-screen interviewer about academic issues, and Amanda begins to understand the basis to the quantum world beneath. During her epiphany as she considers the Great Questions raised by the host of inserted thinkers, Amanda slowly comprehends the various inspirations and begins to see the world in a new way.

Created in 1979 by William Arntz and John Katchmer (as John’s Master thesis at BU Film School) Beat the Deva was a foreshadowing of What the BLEEP. It was part documentary, part animation and part dramatic story. The film centered around the Russian Composer Alexander Scriabin and his quest to bring in a new age of spiritual awakening in the form of a grand artistic work: The Mysterium (pictured here). Beat the Deva received art theater distribution and was awarded The Cine’ Eagle and first prize at the Canyon film festival (where viewers voted for the prizes). Long gone from the public eye – it can be viewed here.

What the Bleep –
Down the Rabbit Hole

Interviews with scientists and authors, animated bits, and a storyline involving a deaf photographer are used in this docudrama to illustrate the link between quantum mechanics, neurobiology, human consciousness and day-to-day reality.

Soundtrack:
What the Bleep Do We Know

Disc Two allows listeners to settle into a calming space as it begins with a 20-minute meditative sequence featuring a mixture of music from the film’s composer, Christopher Franke, and ambient artist, Jonn Serrie. Rounding out the soundtrack is a series of spoken word vignettes with! each cue comprised of a quote taken from the film’s dialogue, mixed with a musical cue from Franke. 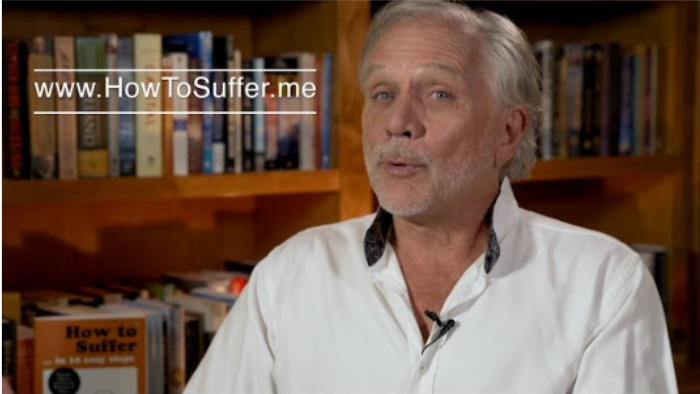 Author William Arntz talks about his new book on Suffering.

Book Intro - How to Suffer: In 10
Easy Steps 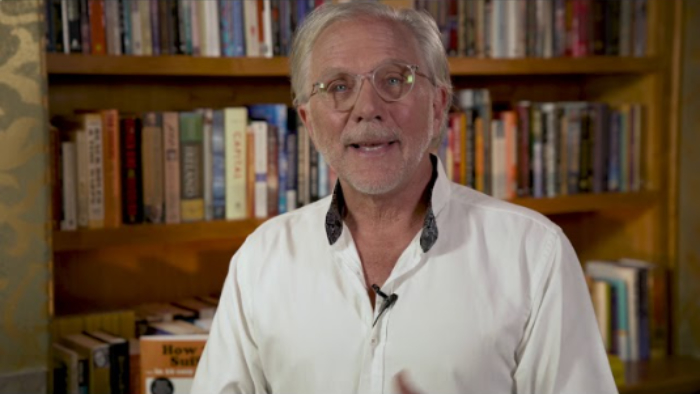 What if ALL your wishes and desires were to come to you.

"Professor" Arntz Posits a Theory: If Everyone Got Everything They Wanted 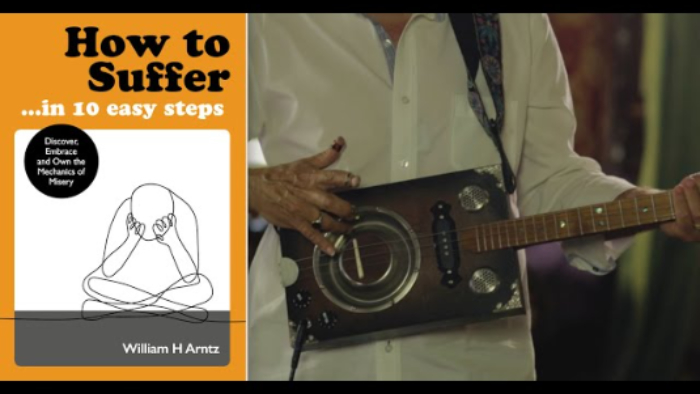 Cigar Box Blues - How to Suffer: In Ten Easy Steps 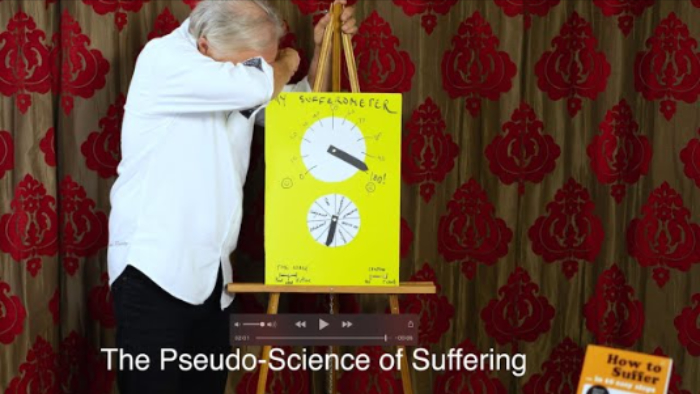 Is there a science of suffering?

The Pseudo Science of Suffering 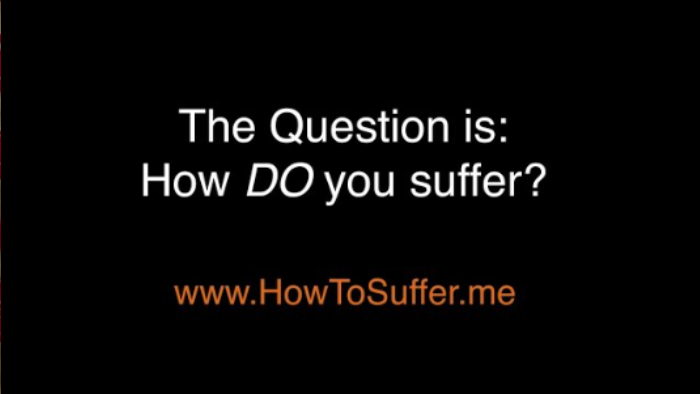 Physicist, Software Creator, Filmmaker and Author, William Arntz talks about his road to success, and how that has not protected him from Suffering… 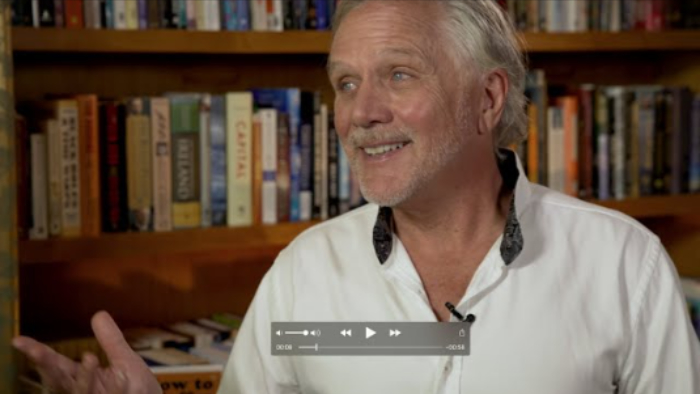 A Roast of Self-Help Books

The Mystic and the Physicist.

Exploring the interaction, inter-relationship and overlap of these two branches of human inquiry, Deirdre Hade and William Arntz have created a 2 person performance piece and video series that looks at topics such as Karma, the Reality of Magic, and the Power of Intention from the point of view of the Mystic and from the p.o.v. of the Physicist.

Having performed at the Transformation Leadership Counsel, Deepak Chopra’s home base – ABC Carpet in NYC and Unity Churches in Tampa, Sacramento and Burbank, and soon at the SAND (Science and Non-duality) Conference, the Mystic and Physicist shows both the compatibility and the clash between these two mindsets. And sometimes between the 2 personalities in a humorous portrayal of 2 world views.

A series of 9 videos on YouTube have been created and can be viewed here.

Captured Light, LLC. was created in 1999 by William Arntz as an umbrella company for creative works of the spirit. The idea was capturing the light (a.k.a. divine, spirit, metaphysical, mystical) in physical form so that it could be shared with all of humanity in an easily accessible medium. The mediums to hold that light include film, books, theatre and experiential retreats.

Soon after creating Captured Light, William was approached by Don Thompson who had written a play “Tibet Does Not Exist” and was looking to have it produced Off Broadway. Don and William had studied in the same spiritual center together, and Don had created the film “Clouds” a few years earlier. While in New York for the performance William was pursuing his 2nd software company and while walking toward the Word Trade Center where he was to meet with Merrill Lynch about the new product, he starting thinking how someone really needed to fund more “works of the spirit”, and then he thought “if not me who!?”

Right then and there he cut a deal with the spirit that if the new company sold for 5 times what he originally thought, he would donate one half of the proceeds to those works of the spirit. He formed his software company Folded Space a month later and 9 months after that had a finished product and a signed deal for 5 times what he originally thought. Captured Light was now funded!

The plan was to create a think tank for these creative works, and the best ones would be funded so that artists and visionaries could capture the light. What William didn’t realize was, he was the one to create the first batch of works. What started out in 2001 as a small $50,000 documentary called Sacred Modern Science bloomed from 2004 through 2008 into the multi million dollar production of the films What the BLEEP Do We Know!?, Down the Rabbit Hole, and the books The Little Book of Bleeps, and What the BLEEP: Discovering the Endless Possibilities for altering Your Everyday Reality.

In 2012 William began attending retreats given by Deirdre Hade. A friendship formed, and then more than a friendship and wedding bells rang. They soon began talking about creating further works of the spirit, including realization of The Mysterium, the creative vision of composer Alexander Scriabin, as featured in William’s earlier film Beat the Deva. Their first published collaborative work is The (not so) Little Book of Surprises. They followed that up with the 2 person performances and videos of The Mystic and the Physicist.

They currently have a number of films in development. Deirdre is completing her book on the emerging Feminine Archetypes of the 21st century and they are planning a series of retreats that bring in elements of theatre, dance and visual arts to take people from ideas of the spirit to experiences of the spirit. And that is what art, for us, is all about.

Inquiries Welcome for Projects and Interviews.